1. Presentation of the site.

According to article 6 of law n ° 2004-575 of June 21, 2004 for the confidence in the digital economy, the users of the www.valadie-immobilier.com site are informed of the identity of the various stakeholders in the Framework for its implementation and follow-up:

2. General conditions of use of the site and the services offered.

This site is normally accessible to users at any time. However, an interruption due to technical maintenance may be decided by Valadié Immobilier, who will then endeavor to communicate the dates and times of the intervention to users beforehand.

The site www.valadie-immobilier.com is updated regularly by Valadié Immobilier. In the same way, legal notices can be modified at any time: they nevertheless impose themselves on the user who is invited to refer to them as often as possible in order to take cognizance of them.

The purpose of the site www.valadie-immobilier.com is to provide information on all of the company's activities.

Valadié Immobilier endeavors to provide on the site www.valadie-immobilier.com information as accurate as possible. However, it can not be held responsible for omissions, inaccuracies and deficiencies in the updating, whether by its own act or by third party partners who provide this information.

The website can not be held responsible for material damage related to the use of the site. In addition, the user of the site agrees to access the site by using a recent hardware, not containing virus and with a browser of last generation updated

Valadié Immobilier owns the intellectual property rights or holds the rights of use on all the elements accessible on the site, in particular the texts, images, graphics, logo, icons, sounds, software.

Any reproduction, representation, modification, publication, adaptation of all or part of the elements of the site, whatever the means or the process used, is prohibited, without prior written authorization of: Valadié Immobilier.

Any unauthorized exploitation of the site or any of the elements it contains will be considered as constituting an infringement and prosecuted in accordance with the provisions of articles L.335-2 and following of the Code of Intellectual Property.

Valadié Immobilier can not be held liable for any direct or indirect damage caused to the user's equipment when accessing the www.valadie-immobilier.com site and resulting either from the use of equipment that does not comply with Specifications indicated in point 4, or the occurrence of a bug or incompatibility.

Valadié Immobilier can not be held liable for any direct or indirect damage caused to the user's equipment when accessing the www.valadie-immobilier.com site and resulting either from the use of equipment that does not comply with Specifications indicated in point 4, or the occurrence of a bug or incompatibility.

Valadié Immobilier can not be held liable for indirect damage (such as loss of market or loss of chance) resulting from the use of www.valadie-immobilier.com.

Interactive spaces (possibility to ask questions in the contact area) are available to users. Valadié Immobilier reserves the right to remove, without prior notice, any content deposited in this space that contravenes the legislation applicable in France, in particular the provisions relating to data protection. Valadié Immobilier also reserves the right to challenge the civil and / or criminal liability of the user, in particular in the case of a racist, offensive, defamatory or pornographic message, whatever the medium used ( Text, photography ...).

In accordance with the provisions of Article 38 et seq. Of Law 78-17 of 6 January 1978 relating to data processing, files and freedoms, all users have the right to access, rectify and oppose personal data In writing and signed, accompanied by a copy of the identity document with the signature of the holder of the exhibit, specifying the address to which the reply should be sent.

No personal information of the user of the site www.valadie-immobilier.com is published without the knowledge of the user, exchanged, transferred, ceded or sold on any medium to third parties. Only the assumption of the acquisition of Valadié Immobilier and its rights would allow the transmission of said information to the eventual acquirer who would in turn hold the same obligation to retain and modify the data vis-à-vis the user of the site Www.valadie-immobilier.com.

The site is not declared to the CNIL because it does not collect personal information. .

The databases are protected by the provisions of the law of 1 July 1998 transposing Directive 96/9 of 11 March 1996 on the legal protection of databases.

The site www.valadie-immobilier.com contains a number of hypertext links to other sites, set up with the authorization of Valadié Immobilier. However, Valadié Immobilier does not have the possibility to check the content of the sites thus visited, and consequently assumes no responsibility for this fact.

9. Applicable law and attribution of jurisdiction.

Any dispute in connection with the use of the site www.valadie-immobilier.com is subject to French law. Exclusive jurisdiction shall be conferred on the competent courts of Paris.

Personal information: "information which permits, in whatever form, directly or indirectly, the identification of the natural persons to whom they apply" (Article 4 of Law No. 78-17 of 6 January 1978).

Welcome to the new version of the Valadié Immobilier website!

Yes, it was high time that we updated it and we have worked hard for 6 months to offer you a modern, ergonomic and elegant website allowing you to consult our real estate listings with a comfort of use that you do not will not find elsewhere.

For this we have decided to start from scratch, to be inspired by the best in terms of web design while keeping the navigation mechanics that you enjoy on our site.

We've also added a lot of innovative features that we hope you will enjoy.

Please let us know if you like the new site! 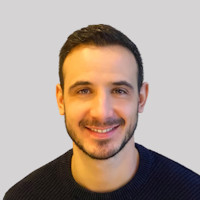